Ever wondered how to pray when you don’t feel like you know what to say to God or where to start? Well I have compiled a list of things to get you started!

2 Pray the words of hymns or contemporary modern music.

4 Pray as you dwell on one word.

8 Pray through the names of Jesus. Follow this link for the names. 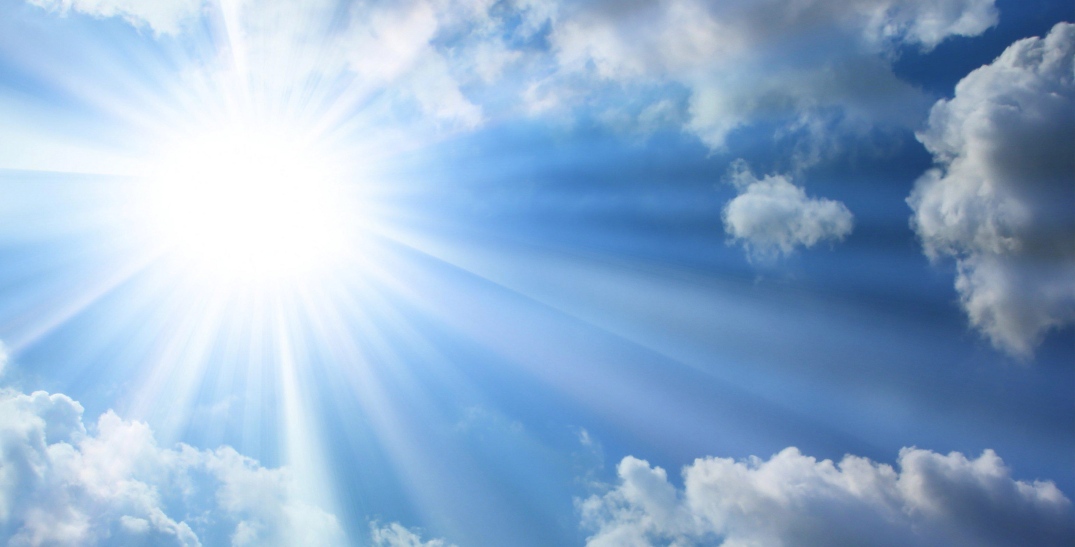 I HAD A VISION YESTERDAY!

I was taken up to heaven and then taken into courtroom in heaven. God the Father was the judge. It was ornate like the Crown Court where the highest seat was reserved for the judge, which was God and there were places for Clerks and there were seats for the Defendant and Prosecution.

In this courtroom I had this sense that I was free but I saw where the Defendant would sit and I saw a young adult male, around my age (I’m 29 so around his early 30’s), sitting with his lawyer. He was in trouble and the court case that was happening in heaven was regarding him and he was talking with his lawyer.

The Defendant, so the person who was being accused, was wearing a dark grey almost black suit, he looked quite nice in it actually, I think he had a black skinny tie on and he was kind of tall. God also showed me that this guy told people he was a Christian. His lawyer was in a similar colour suit but was a bit shorter than the defendant and middle aged and was dressed smarter.

The lawyer was preparing all of the documents to make sure that the Defendant had every chance of a good defence, the lawyers body language suggested that this was crunch time and if this case didn’t win it was going to be hell for the young man.

As I said the court hadn’t started yet, people were moving around, the Defendant was there and only me in the audience, then for some reason the Defendant turned around looked me in the eyes and smiled. I got the feeling like he knew I was going to turn up, he knew I had his back and he knew I cared, which is why he turned around because he was expecting me.

When I was at university when you would walk to university there would be used condoms on the ground because people, who had no regard for themselves and didn’t fear God used to have sex in the alleyways then dump the used condoms. God was showing me that that’s what that situation meant.

The used condom was also evidence. IT WAS EVIDENCE AGAINST THE DEFENDANT!!!!! That was the reason why he was there. He had been sleeping with his girlfriend and God had finally had enough and the Devil was able to come before God and accuse the young man and the young man was now really in trouble. I am guessing the lawyer was either an angel or the Angel of the Lord as in Jesus.

The scary thing about this whole thing was that God revealed to me that this heavenly court case has not happened yet. I WAS ACTUALLY SEEING THE FUTURE!!!

There is somebody out there, around my age, male (obviously) sleeping with your girlfriend and God is about to run out of patience with you.

Please stop, God can see what you are doing. The Devil is laughing every time you sleep with your girlfriend because IT knows that you are digging yourself into a hole. And the Devil cannot wait to meet you in the afterlife. God sends people like me to intercede for you but I cannot pray you out of hell if you’re already there.

Stop it, stop it right now, ask forgiveness of your sins, find some bible believing guys who you can be accountable with, get prayer, discipleship, deliverance whatever you need to do to get right with God but please just stop sleeping with your girlfriend. Sex is for marriage only.

Your actions are irritating God and one day you will not be free.

It’s Good Friday today and I thought I would give you a run down of what happened and what it tells us about true love. Most of the info here is adapted from The Virtual Preacher (see the bibliography for more information).

On Good Friday Jesus had already had the sham trial Matthew 27:11-26 then the Pharisees also encouraged the crowd to request that Barrabas be released instead of Jesus. The Soldiers had whipped Jesus to within an inch of His life sentenced to Crucifixion and was now carrying the cross on the way to the Crucifixion site. Here’s where we will begin:

True Love Is Doing As Well As Feeling

(Matthew 27:27-32 NLT) “[27] Some of the governor’s soldiers took Jesus into their headquarters and called out the entire regiment. [28] They stripped him and put a scarlet robe on him. [29] They wove thorn branches into a crown and put it on his head, and they placed a reed stick in his right hand as a scepter. Then they knelt before him in mockery and taunted, “Hail! King of the Jews!” [30] And they spit on him and grabbed the stick and struck him on the head with it. [31] When they were finally tired of mocking him, they took off the robe and put his own clothes on him again. Then they led him away to be crucified. [32] Along the way, they came across a man named Simon, who was from Cyrene, and the soldiers forced him to carry Jesus’ cross.

The Bible doesn’t reveal much about the identity of Simon except he was from a city called Cyrene in North Africa, probably a an African convert who came on pilgrimage during Passover.

Why was Simon reluctant to take the cross and help Jesus?

The short story of what Simon of Cyrene shows that cannot truly be Jesus’ disciples unless we are willing to step out of the comfort zone. Being a follower of Jesus is not about the sacraments and pilgrimages. They are nice but real love is kinaesthetic, it’s an action as much as a feeling. Jesus died for us, which is an action that is how Jesus demonstrated devotion to us. For our part in Luke Jesus said:

Gall was a pain killer in Jesus’ day. It was mixed with the wine to make it drinkable, women often offered it to the person being executed to dull the pain. Having lost a lot of blood from the sourging and having been nailed to the cross Jesus and was thirty but refused to drink the gall mixed with wine.

Why did Jesus refuse to drink?

Jesus also showed us that real love is sacrificial and not self seeking, just like Paul said in 1 Corinthians 13:4-7:

(1 Corinthians 13:4-7 NLT) “[4] Love is patient and kind. Love is not jealous or boastful or proud [5] or rude. It does not demand its own way. It is not irritable, and it keeps no record of being wronged. [6] It does not rejoice about injustice but rejoices whenever the truth wins out. [7] Love never gives up, never loses faith, is always hopeful, and endures through every circumstance.”

True Love Stands In The Gap Between The Beloved And Trouble

(Matthew 27:35-54 NLT) “[35] After they had nailed him to the cross, the soldiers gambled for his clothes by throwing dice. [36] Then they sat around and kept guard as he hung there. [37] A sign was fastened above Jesus’ head, announcing the charge against him. It read: “This is Jesus, the King of the Jews.” [38] Two revolutionaries were crucified with him, one on his right and one on his left. [39] The people passing by shouted abuse, shaking their heads in mockery. [40] “Look at you now!” they yelled at him. “You said you were going to destroy the Temple and rebuild it in three days. Well then, if you are the Son of God, save yourself and come down from the cross!” [41] The leading priests, the teachers of religious law, and the elders also mocked Jesus. [42] “He saved others,” they scoffed, “but he can’t save himself! So he is the King of Israel, is he? Let him come down from the cross right now, and we will believe in him! [43] He trusted God, so let God rescue him now if he wants him! For he said, ‘I am the Son of God.'” [44] Even the revolutionaries who were crucified with him ridiculed him in the same way. [45] At noon, darkness fell across the whole land until three o’clock. [46] At about three o’clock, Jesus called out with a loud voice, [“Eli, Eli, lema sabachthani?”] which means “My God, my God, why have you abandoned me?” [47] Some of the bystanders misunderstood and thought he was calling for the prophet Elijah. [48] One of them ran and filled a sponge with sour wine, holding it up to him on a reed stick so he could drink. [49] But the rest said, “Wait! Let’s see whether Elijah comes to save him.” [50] Then Jesus shouted out again, and he released his spirit. [51] At that moment the curtain in the sanctuary of the Temple was torn in two, from top to bottom. The earth shook, rocks split apart, [52] and tombs opened. The bodies of many godly men and women who had died were raised from the dead. [53] They left the cemetery after Jesus’ resurrection, went into the holy city of Jerusalem, and appeared to many people. [54] The Roman officer and the other soldiers at the crucifixion were terrified by the earthquake and all that had happened. They said, “This man truly was the Son of God!””

Crucifixion was invented by the Persians in 300-400 BC and was used by the Romans as a punishment for the most serious criminals. Death by crucifixion was slow and agonizing. The victims were crucified naked and in public which was humiliating, as you can see from the above people taunted Jesus.

Victims of crucifixion endured dehydration, blood loss due to flogging, shock from the pain and paroxysms (follow this link to find out what that word means), as they pulled up with their arms and pushed with their legs to keep their chest cavity open for breathing and then collapsed in exhaustion. The eventual cause of death from crucifixion was: suffocation, cardiac arrest, loss of blood or all of above.

What is the significance of crucifixion?

Jesus Christ took our curse upon himself and paid the price for our sin. Jesus stood in the gap between us and what we had coming to us. Our atonement to and relationship with Jesus God the Son and God the Father and God the Holy Spirit is made possible through Jesus’ death and resurrection. Isaiah put it eloquently:

Summary On True Love Displayed In The Good Friday Message

This Good Friday message gives us an example of the three distinct types of commitments of love displayed by Jesus:

True love is doing as well as feeling – This means a commitment for us to be willing to take a stand for Jesus not just say we are Christians, act like it.

True love puts others first – This means a commitment to be faithful: don’t compromise in times of crisis, always put Jesus first regardless.

True love stands in the gap: For me this just shows me how selfless Jesus was and what an example it is for us in our relationships with other humans, regardless of what kind of relationship it is. This shows also a commitment to be just as committed to Jesus as Jesus is to us and just to allow Jesus to love you and just enjoy being loved!

Have a happy Good Friday!

Ahh found an old photo of me before I cut my hair! #acousticguitar #singer